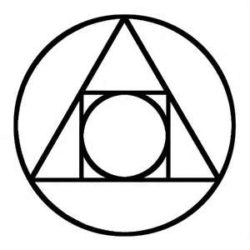 noun
1. The perception that one can take something capable of being,
but not yet existing, and create its existence.

2. To take an idea and turn it into reality, without limitation.

Become a Mental Alchemist!  Fight Family is proud to endorse the following learning tools that anyone on a quest for greatness can start with.

The Genius in All of Us by David Shenk –   This book is the epitome of what the Fight Family brand represents. With irresistibly persuasive vigor, David Shenk debunks the long-standing notion of genetic “giftedness,” and presents dazzling new scientific research showing how greatness is in the reach of every individual.

The Talent Code by Daniel Coyle –   “Greatness Isn’t Born. It’s Grown. Here’s How.”  What is the secret of talent? How do we unlock it? In this groundbreaking work, journalist and New York Times bestselling author Daniel Coyle provides  teachers, coaches, parents, businesspeople—and everyone else—with tools they can use to maximize potential in themselves and others.

The Art of Learning: An Inner Journey to Optimal Performance  by Josh Waitzkin – Josh is a Brazilian Jiu Jitsu black belt under Marcelo Garcia.  He is also the child chess prodigy that the movie ‘Searching for Bobby Fischer’ was written about.   A public figure since winning his first National Chess Championship at the age of nine, Waitzkin was catapulted into a media whirlwind as a teenager when his father’s book Searching for Bobby Fischer was made into a major motion picture. After dominating the scholastic chess world for ten years, Waitzkin expanded his horizons, taking on the martial art Tai Chi Chuan and ultimately earning the title of World Champion. How was he able to reach the pinnacle of two disciplines that on the surface seem so different (as well as becoming a black belt in BJJ)? “I’ve come to realize that what I am best at is not Tai Chi, and it is not chess,” he says. “What I am best at is the art of learning.”

Bounce by Matthew Syed  – A must-read for anyone interested in the science of success, and the mindset and culture that support it”. He has won numerous prizes for his writing including Feature Writer of the Year at the SJA Awards and Sports Journalist of the Year at the British Press Awards. He is also a three-time Commonwealth table tennis champion and a two-time Olympian.

Mindset by Carol Dweck – In this brilliant book, Dweck shows how success in school, work, sports, the arts, and almost every area of human endeavor can be dramatically influenced by how we approach our goals. People with a fixed mindset—those who believe that abilities are fixed

—are far less likely to flourish than those with a growth mindset—those who believe that abilities can be developed through hard work, good strategies, and mentorship. Mindset reveals how great parents, teachers, managers, and athletes can put this idea to use to foster outstanding accomplishment.